Have you ever felt inadequate to mother your child because of their diagnosis? In this episode, Katherine shares what it was like to find out her daughter Anna had achondroplasia—the most common form of dwarfism—during a 32-week ultrasound. As she researched the condition and faced the stigma she would help her daughter navigate throughout her life, she felt Anna would be better off adopted by adults with achondroplasia. Anna’s birth was just what she needed to out of that headspace. She found healing in just loving and snuggling her daughter and found her voice in advocating for her medical care. It was then that she discovered her competence in her role as Anna’s mom.

Check out our sponsor BetterHelp counseling and get 10% off here.

Listen to Emily Young’s episodes about her daughter Nora with achondroplasia here and here.

See photos of Katherine and her family on the website here.

“Maybe we should give her up for adoption once she’s born. She’d probably be better off with parents with achondroplasia like her.”

Katherine was encompassed with feelings of fear and inadequacy after learning about her unborn daughter, Anna’s, diagnosis of the most common form of dwarfism days earlier. Her husband quickly called her out for that kind of thinking and replied with, “Well, tough! She’s stuck with us just the way Sam is.”

This mentality was just what she needed, and she was able to move past the adoption headspace, but still felt uneasy about the shoes she didn’t think she could fill.

It wasn’t until after Anna’s birth that Katherine had the transformative realization that she was enough for her daughter. While spending hours in the NICU holding Anna close, she found healing from the fears and uncertainty that had suffocated her during her pregnancy. She also found her footing as Anna’s advocate in traveling to John Hopkins Hospital in pursuit of a better medical team for their then-3-month-old infant.

While at John Hopkins at the skeletal dysplasia clinic, she met an employee with achondroplasia. She told her that her husband and four children also had achondroplasia. She told her to ask her anything. Flustered by such an amazing opportunity, she spat out the first question that came to mind: how do I raise her to be confident in her body? I don’t feel super confident personally, how can I teach her if I’m not 100% there?

The woman laughed and said, “You fake it. Just like you fake things all the time as a mom with any other kid. You just fake it.”

This truth-bomb meant so much to Katherine! She told me, “I don't have to be operating at 100% confidence or 100% perfection. I can fake it!” Once again, her belief that she capable of raising Anna deepened. She knew she could do this.

Like Katherine, I’ve feared over and wondered about Kimball’s future (also with a form of dwarfism) and still do! So, this bit of advice gave me a lot of reassurance too. And really, in so many ways, I fake it all the time. I fake the confidence in being his mom, and by some sort of magic, the confidence comes.

And what a dream for every parent—to meet an adult with their child’s diagnosis. For those of us in the rare-realm, it’s so hard to come by. As Katherine so aptly put it, “I don't think I had ever met anyone with achondroplasia until I met my daughter.” It’s no wonder these rare diagnoses are so scary and daunting.

Today, Anna continues to be the perfect human she always was. She is a cherished and indispensable part of her family and community. And as a stranger remarked in a gruff voice after taking one look at her, “She’s the cutest thing I’ve seen all winter. 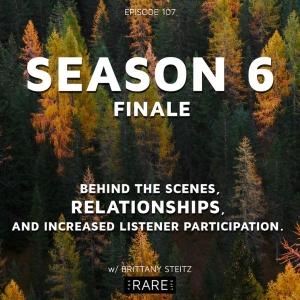