The rollercoaster of emotions that comes along with having a medically complex child is an inherent part of the “job”. Orley Bills, the Harley-loving social worker in the Rainbow Kids Pediatric Palliative Care team, spends his days supporting said parents while their children are hospitalized at Primary Children’s Hospital.

Sometimes he does this by utilizing his training as a certified grief counselor and LCSW and helping them sort through the hugely painful emotions that arise. Other times he gives parents a break from the heaviness and just chats about superhero movies. Regardless of the mode, Orley takes his job of supporting parents very seriously.

In this episode, Orley shares a few of the gems he’s picked up in the past 13 years in that role. He shares the necessity of creating a care plan to guide us in decision making for our children. We also chat about leaning into the painful emotions instead of stifling them, to cope with them in a healthy way. 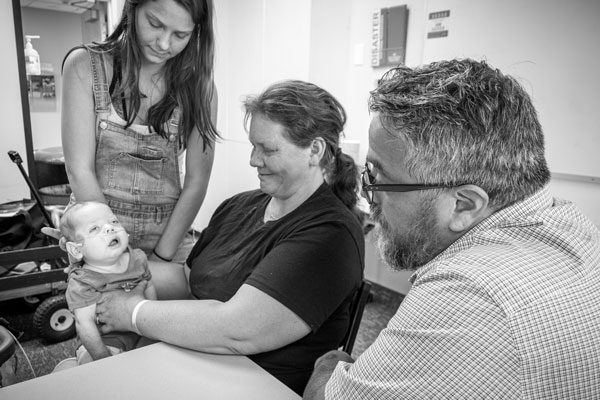 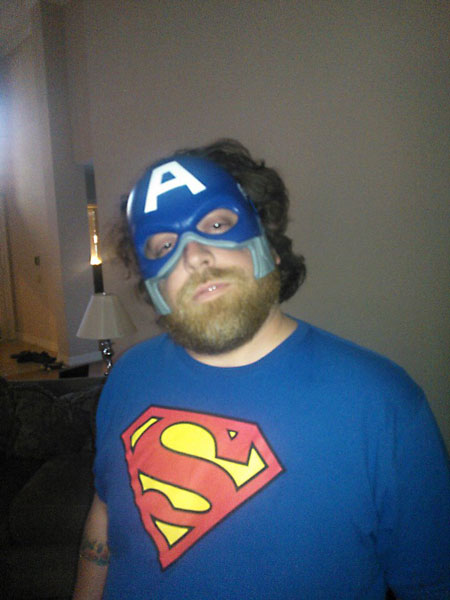 My life forever changed the day I met them.

I shuffled into a small conference room and sat at a long, rectangular table with my husband. A kindly woman asked an employee to bring in toys for our then-two-year old daughter Wendy to play with on the floor while we talked.

I rubbed my belly, thinking about our son and all the unknowns of his birth defects—and wondering what we would learn from this meeting. We anxiously awaited the Rainbow Kids Pediatric Palliative Care team to arrive.

As the meeting began, we were introduced to half a dozen or so of the team, seated on the opposite side of the table. Among them were nurses, a doctor, and a chaplain. Someone mentioned in passing that the social worker wouldn’t be able to make the meeting.

Those two hours were a few of the worst of my life.

Among other things, they taught us the concept of palliate care and decision making; That extending a person’s life as long as possible is not always the right decision. That the choice to “let a child go” is sometimes just as loving and selfless a choice as doing everything medically possible to sustain their life. They talked about gray areas and following your values and instincts.

My mind reeled as I registered what they were saying—not only was I to make the heavy decision of birthing Kimball vaginally or via c-section (as it was unclear which was safer for him), but I must also decide at what point I would stop fighting for his life and let him die. And the worst part of it all was that I could see their point—that there could be circumstances that would make Kimball far more miserable being alive than dying. And that letting him die could be a heroic and selfless choice.

It was the most unimaginably detestable and heartbreaking thought that had ever entered my mind. And yet, it was there. There I was, preparing to do anything and everything I could to keep him alive, when the complexity of it all was revealed.

I remember feeling so young for it all. It was too much. Too hellish.

For the next week or so, I wallowed. I would lay in bed and just sob. What was in store for me? For my son? For my small family? I peered down the dark and bitter alleyway that is child loss. And I imagined myself there. I imagined what possibly awaited me. The darkness was something I had never experienced to that point, and it was too much.

This horrific straddle between life and death of a child is something that most parents are blissfully ignorant of, and yet is the reality for many parents of children with medically complexities.

It’s something few can understand.

But it’s something that Orley Bills helps families through on a daily basis.

Orley is the social worker on the Rainbow Kids team (the one that was sadly missing that fateful day). He is a motorcycle-and-superhero-loving legend among the families at Primary Children’s Hospital here in Salt Lake City.

And for good reason.

Orley spends his days in ICUs, helping parents navigate the huge emotions typical of a hospital stay for their child.

Among other things, Orley helps them lean into the hard emotions. Once you’re able to let the steam off and really scream at the universe (sometimes literally), you can handle it better. He told me:

“I think people get into trouble when they try to suppress all that stuff. When you try not to cry, when you try to hold in your anger, and when you say ‘I need to be strong.’ That's what gets you into trouble. Resilient, healthy people find ways to lean into that and to let it out.”

Orley told me about the time he went on a walk with one mom in particular while her child was hospitalized. They went into the parking garage, and she screamed and screamed and screamed. After that, she told him she was ready to go back and face everything again. He laughed as he told me how proper she was and how great it was to hear her just let it all out.

Along with shouting-therapy, he said smash rooms can also be an awesome outlet to our anger-grief mess. Another version of that is smashing cheap plates and then cleaning up the broken pieces, a beautiful metaphor for our experiences.

It makes so much sense, and I am definitely going to try that one out sometime.

Of anger, he also said:

“Anger is one of those things that people try to push down or push away or hide or because it's so frightening, right? Joy and love are what we want to see and be around. But if you can find a way to effectively deal with anger, [it’s] so good.”

There’s such a stigma to anger, but its so valid. It is so valid to be angry that our children suffer so much.

My very favorite moment in the interview was when Orley passionately said this:

“This experience of having a child with medical needs and complexity is forging you— who you are as a person. And you'll get close to breaking. You feel like you've broken. You'll feel stronger than ever. You'll experience highs and lows and joys and sadness that a lot of people will never get to. And if you can learn to kind of shift with some of those sands, and look at yourself and honor where you're at, you'll be okay.”

I just can’t get enough of this message. It rings so true. It resonates so much with me. The places we go emotionally are beyond many people’s imagination. And the range of emotions and experiences are huge.

But we really can take it all in, and as Orley put it, “honor where [we’re] at. 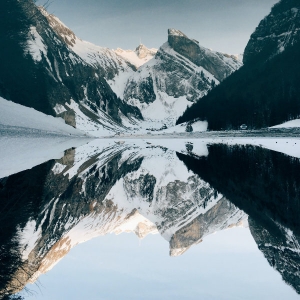